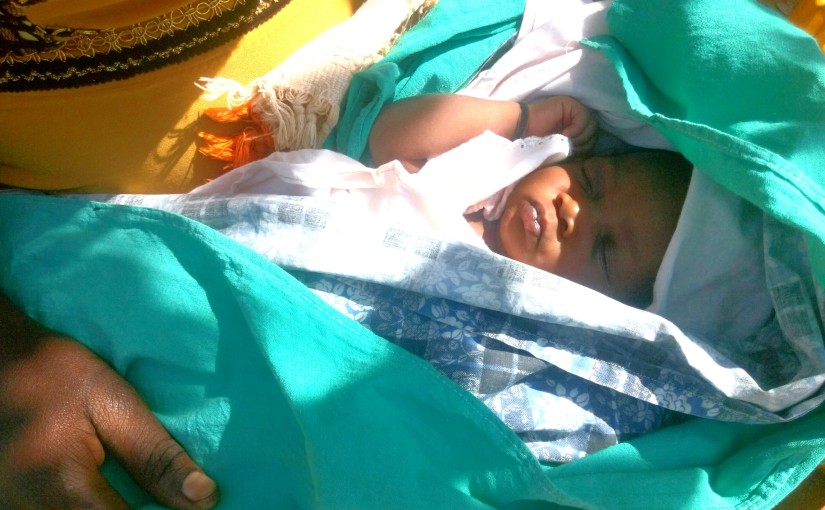 This is baby Rhonda! She has three other African names but was introduced to me as Rhonda. I’ve never had a baby named after me, Christian has one named after him, also with three traditional names! I met her mother a couple months ago when she came with three woven mats asking if I would buy so she could buy some baby things before her baby was born. Of course I did but with one condition, she had to bring her baby by so I could see. We have helped out a few mothers but they have never brought the babies after. Rhonda was born February 22. The custom here is the baby does not make their appearance in public until the umbilical cord falls off. If the couple are unmarried, he doesn’t see the baby until this point, when the mother gives him the cord to prove he is the father. (This lady is married) At least this is what we are told! So, she is a little over a month old. So tiny! Her mother also brought many outfits to show me what she had purchased with the money from the mats. I gave her a little extra so she could buy a few more things and thanked her so much for bringing the baby so that I could see her! Wonder how many more Christians and Rhondas will populate our village!