Life has slowed down a little bit since Christian and the guys finished their part of the school buildings. When the other crew is finished with the aprons around them I will post more pictures. So Christian is home, taking a break before starting another project – just not too long of a break! We have seen so much happening in the lives of the guys that Christian has been working with and we don’t want to lose momentum, or them to lose hope.

We’ve had time to walk through our part of the village every evening, and one day came upon a group of kids in front of a house. Actually, we turned down what we thought was the path to our home and ended up in someone’s yard! The kids started asking Christian to give them money and he told them he had none. They didn’t believe him – a mazungu with no money? Not possible in their way of thinking! He emptied his pockets and showed them he only had a pocket knife and some atom ball candy, which he gave to the oldest two boys. They then showed us their “ball” which was plastic soda bottles taped together so they could kick it around. They asked us to get them a ball. So the next time we were in town we bought one and took it over. They were so excited about that ball! They all gathered round it and inspected it and were laughing and carrying on. There was an old man there that we sat and “talked” to – he didn’t know much English and we don’t know much Lusoga! But he said thank you many times for bringing the ball! 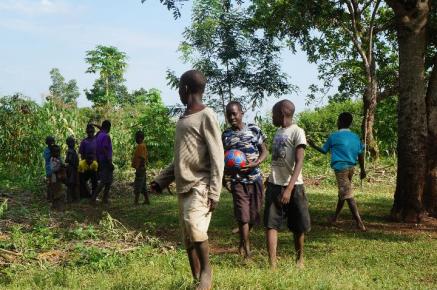 On the way back to our home, there are always ladies outside,  they and the kids always want us to come sit. Raelee used their language to say hello and that tickled them to no end. All the people here get so excited when we use any of their words. Although, if we say one word in Lusoga they automatically think we know more and start having a conversation that we don’t understand! And everyone wants us to hold their babies, which is always okay with me! Even Christian who normally doesn’t hold babies is known to hold one or two! I tried to hold the one that is crying, but he is scared of our white skin. It’s so odd for me, who can usually calm any baby and put them to sleep, to have them scared of me. I will never get used to that! And while most still yell muzungu to us, many of the kids call me Jessica, that is the other woman that is here and I’m not sure if thats the only name they know, or if now they think all white woman are called Jessica! I’m sure after time they will get our names down! But even the ones that know us call us Mama Raelee and Baba Raelee instead of our names! (It’s always about your kids isn’t it?!) 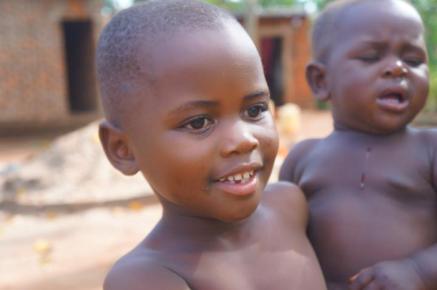 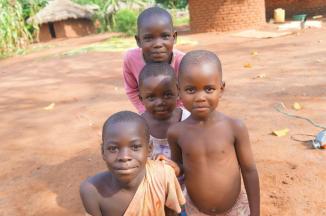 Raelee is getting ready to go to school and is very excited. I am excited and nervous – praying she does well and doesn’t take over the school! I believe it will be a good experience for her, she has already fully emersed herself into the culture, learning the language AND the mannerisms so much faster than Mama and Baba! School will be a good thing for her, I just pray she is a good thing for the school! I’m sure she will, she brings life and joy everywhere she goes and has such a kind, caring heart.

One thought on “Daily Life”